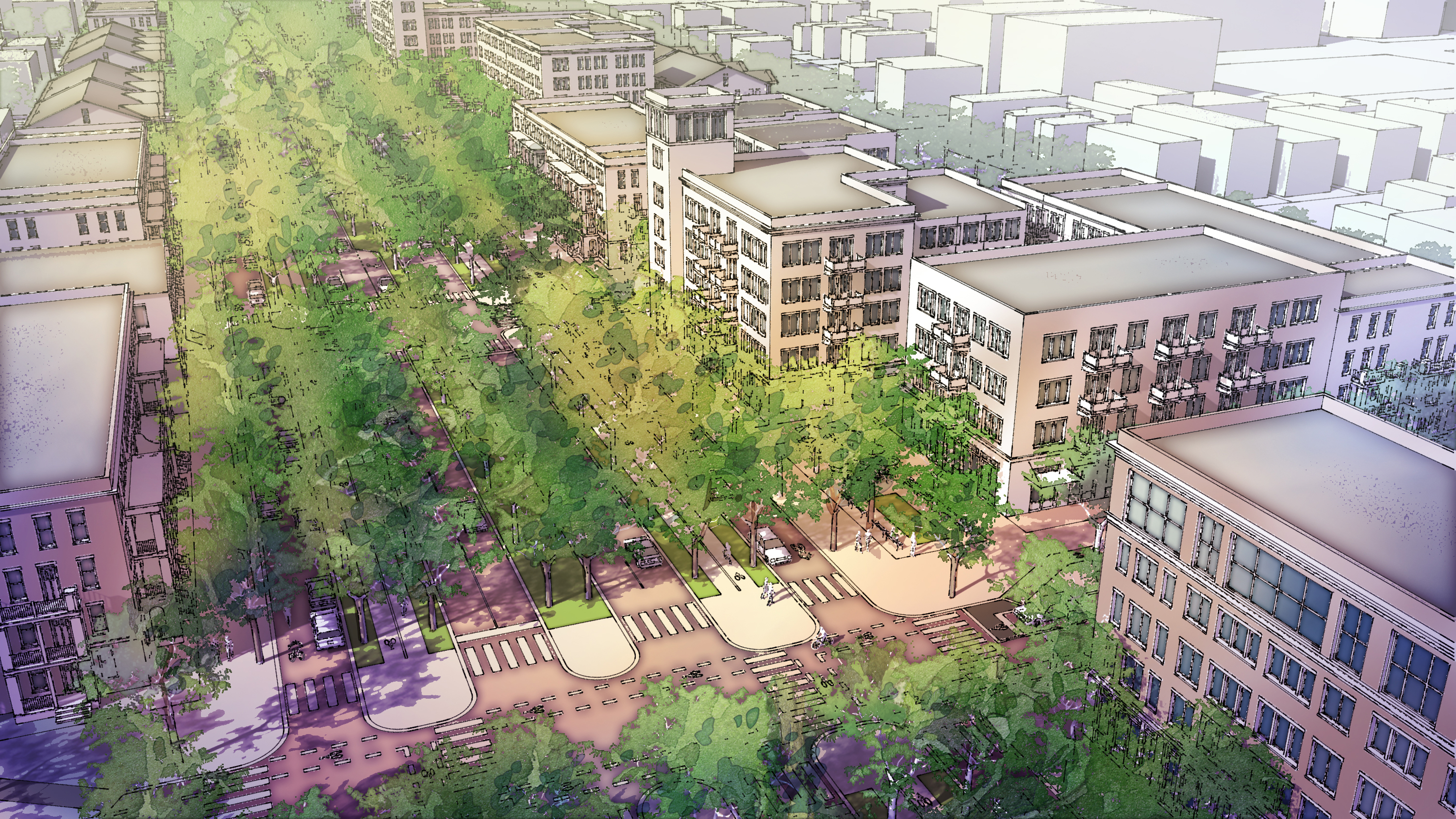 As we noted last year, the footprint of I-980 has been included for study in Plan Downtown Oakland. Emily Glavey, planner at Dover, Kohl & Partners updates us on their efforts. 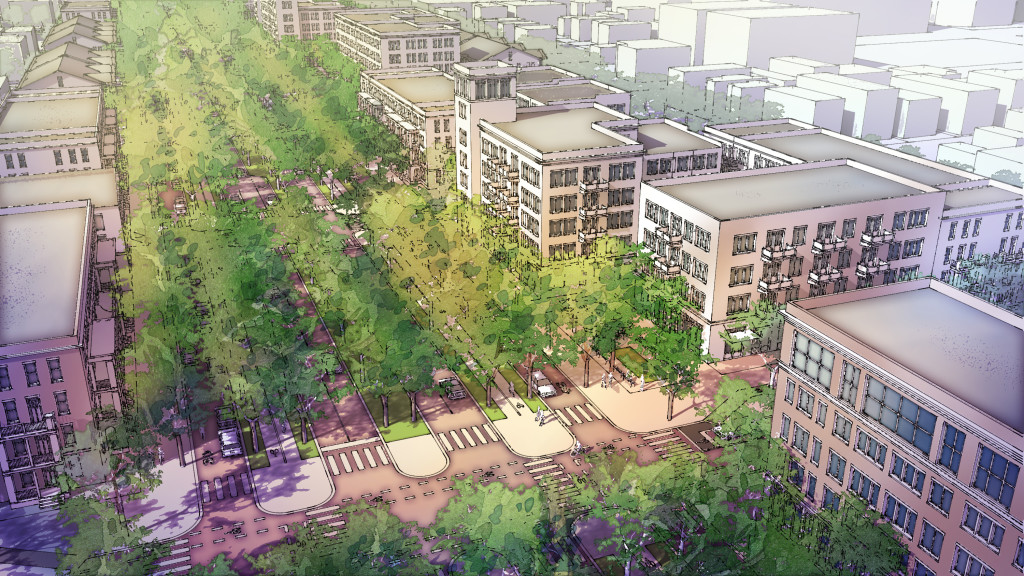 Together, City staff and members of the community are considering the future of I-980. The following describes many of the key concepts and ideas being discussed. Each idea will need to be studied and analyzed further; however, this is an important initial conversation to determine a consensus-based vision for the coming years.

From the start of the Plan Downtown Oakland project in the fall of 2015, the idea of re-imagining Interstate 980, the present day highway between West Oakland and Downtown, has been a popular topic. Several members of the community and a variety of stakeholders have discussed transforming the highway into a multiway boulevard. Led by the work of ConnectOakland, citizens and stakeholders have discussed a new vision for the imposing freeway, including new affordable and market rate housing, office buildings, public parks, cultural spaces, neighborhood retail, and adequate space for all modes of transportation. The impact that these changes can have on Downtown’s neighborhoods has generated great enthusiasm throughout the planning process.

Interstate 980 currently divides West Oakland from Downtown with high-speed traffic and limited pedestrian crossings. Finished in the 1980s, the freeway was originally drawn up as a way to connect to a second Bay Bridge to San Francisco, but that bridge did not materialize. More than 40 acres of city blocks between Brush Street and Castro Street were demolished to make way for the new freeway, and West Oakland was cut off from Downtown. Today, I-980 carries only a fraction of the traffic it was originally designed to handle, and much of the downtown grid is cut off by the freeway. With few east-west connections, there are few options for pedestrians and bicyclists making their way across.

Several of the key ideas discussed so far are included in the Downtown Oakland Specific Plan: Plan Alternatives Report (available at the project page) and are summarized below.

Getting there: Plan Considerations

The opportunity to include an extension of the BART system under the boulevard will also need to be carefully analyzed and evaluated. The potential for new development here that improves the public realm and furthers plan goals is great; attention will need to be given to the details, such as specifying the urban form (defining areas of intensity as well as areas where buildings should step down to meet the scale of surrounding neighborhoods) and including provisions for affordability, mix of housing types, and variety of uses. 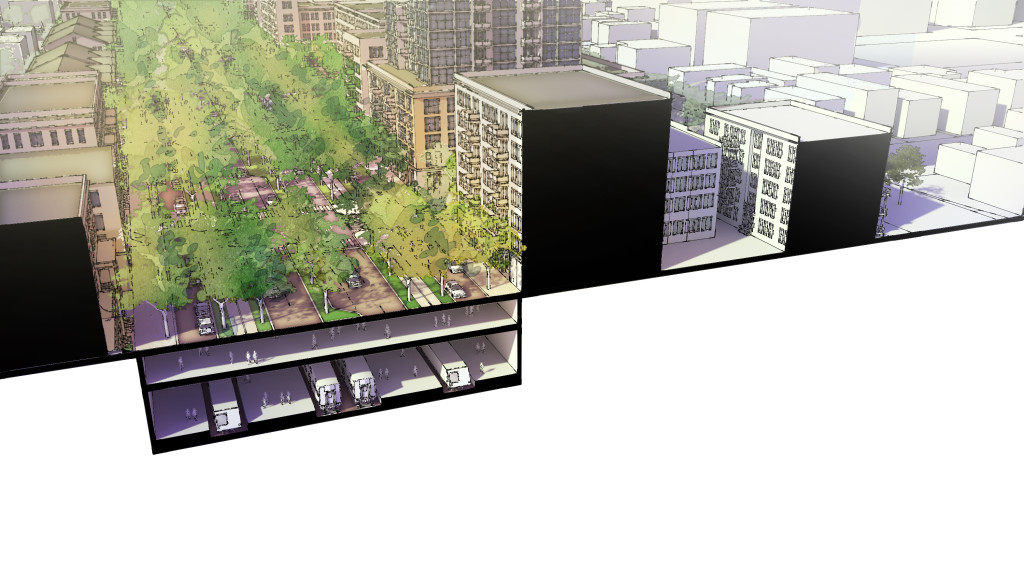