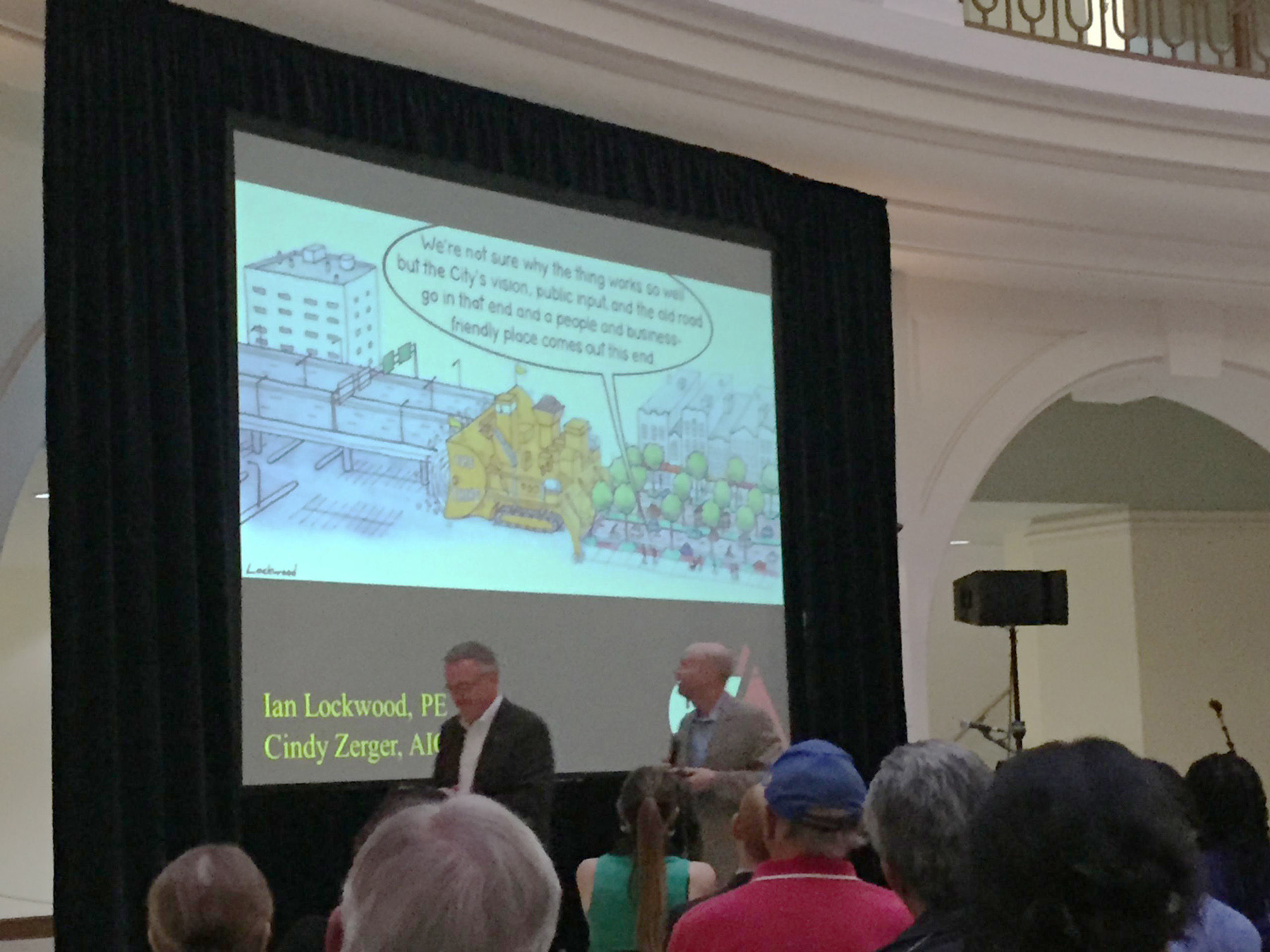 Oakland officially kicked off its Downtown Oakland Specific Plan at an event held in the Rotunda Building on September 3, 2015. The Downtown Specific Plan is a City-led comprehensive effort to lay out a vision for the future of Downtown from Grand Avenue to Jack London Square. The downtown process builds from similar efforts in West Oakland, the Lake Merritt Station Area, and the Broadway-Valdez district.

ConnectOAKLAND remains in contact with the consultant team to advocate for study of the I-980 corridor. This process is an important chance to improve connections for residents of West Oakland and Jack London Square, and to improve quality of life for residents of downtown Oakland and participation by all Oaklanders is essential to get the best results.

Keep tabs on the process at the Plan Downtown Oakland website and use #plandowntownoakland on twitter. We’ll see you there!