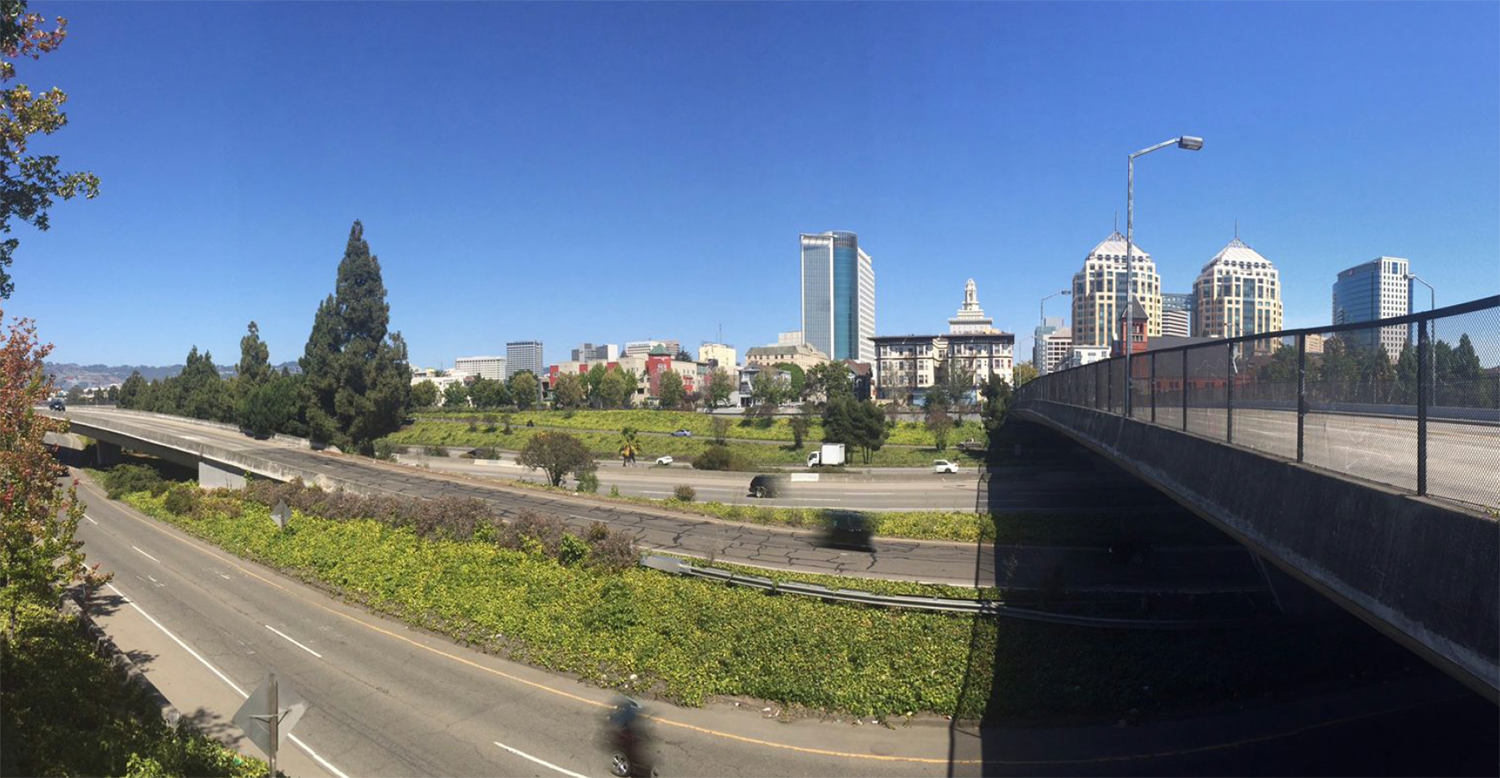 Major pieces of transportation infrastructure, like freeways, airports or rail lines, are costly and complicated, so most people rightly assume that they will get heavily used. This perception is so prevalent that “bridges to nowhere” make evening newscasts and the monologues of comedians. Most Bay Area freeways fit the former category with high traffic volumes and congestion. However, one freeway in Oakland is a clear exception to the rule.

While not a freeway to nowhere, the I-980 freeway in Oakland is a freeway with a questionable purpose since it was originally designed to access the unbuilt second Bay Bridge. As a result, the below grade portion of the freeway is one of the least busy freeways in the Bay Area for daily traffic, and may have the lowest peak hour traffic of any interconnected Bay Area freeway. I-980 is a six-lane highway that is only used at 25% capacity during peak periods. By comparison, neighboring freeways like the MacArthur Freeway (I-580), the Nimitz Freeway (I-880), Highway 24, and I-80, are operating between 36-43% of capacity during the same time periods. Can this piece of public land dedicated for transportation be used for a more efficient and higher use?

Let’s examine the portion of I-980 between West Grand Ave and I-880 in more detail. We’ll look at its right-of-way capacity and consider how repositioning it as a boulevard and rail tunnel that can carry many more people than the current highway, and provide a higher capacity. I-980 currently carries about 6,240 people in its peak hour, and 73,000 vehicles per day. The highway has an hourly capacity of 18,870 vehicles or 22,643 people per hour(1). With new rail infratructure in the same alignment, trains could carry over 50,000 people per hour(2) through the corridor – more than double the capacity of the existing highway.

From a vehicular traffic perspective, I-980 is also well suited to boulevard conversion. Although the highway is built to handle nearly 19,000 vehicles per hour, only 5,200 vehicles currently use it during peak periods. Despite the current congestion on I-80 and I-880, I-980 carries less than 30% of their traffic — a clear indication that this infrastructure is poorly positioned and deserves reconsideration. Many avenues and boulevards in the Bay Area can handle 6,000 vehicles per hour and handle up to 63,000 vehicles per day such as Octavia Boulevard in San Francisco and with additional interconnection into the Oakland street grid, the I-980 corridor would only require capacity for 45,000-60,000 vehicles. 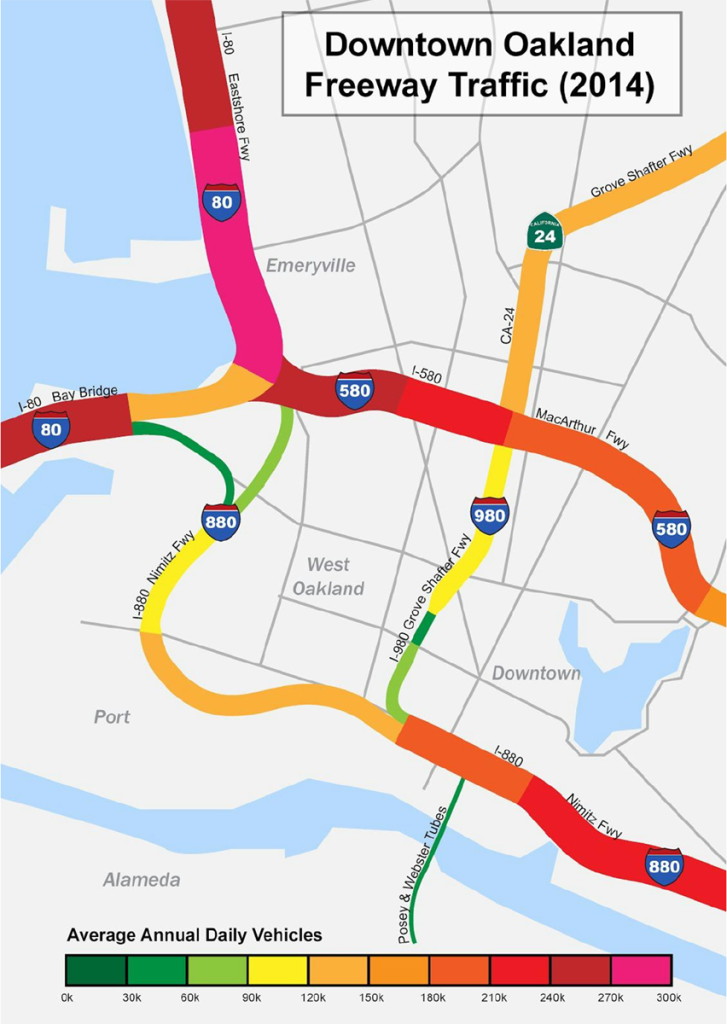 I-980 is one of the least used freeways in the inner Bay Area.

I-980 is built with 6 lanes, but the right of way has room for up to 10 lanes, enough extra capacity that the traffic for a second Bay Bridge would have needed if it had ever been built. Based on Caltrans Highway Traffic Data, the average annual daily traffic (AADT – traffic totals counting both direction) the freeways have the following daily traffic (both directions):

Based on 2014 Caltrans AADT: http://traffic-counts.dot.ca.gov/

In short, the I-980 freeway could easily be converted to a boulevard constructed above an underground rail tunnel that would easily accommodate the current traffic, while increasing overall regional and Transbay capacity.

13 thoughts on “Want to Increase Traffic Capacity? Remove I-980!”